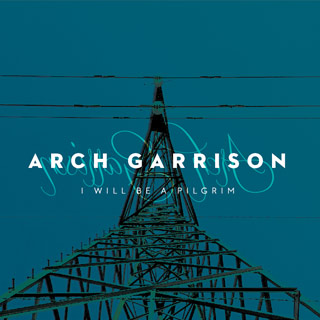 Arch Garrison is the acoustic vehicle of North Sea Radio Orchestra mainstays Craig Fortnam and James Larcombe. Their latest album I Will Be A Pilgrim sees songwriter and composer Fortnam examine his love for the countryside of southern England, aided by his trusty nylon string guitar and Larcombe’s piano and organ.

From the off it is apparent that Fortnam’s engagement with his chosen landscape –and with his chosen musical form – runs deeper than your average folky pastoralia. There are complex relationships at work on this otherwise simple collection of songs – most notably those between man, environment and the passing of time. Opener Where The Green Lane Runs, for example, makes reference to Captain Oates, hinting at hostility and the need for self-sacrifice in a seemingly hospitable world.

'I Will Be A Pilgrim' is another example of English folk music's ability to update endlessly, folding fleet modernity into a timeless, ever-rejuvenating continuum.....In aligning post-war cultural memories with a cherished ideal of old Albion, I Will Be A Pilgrim is like an ancient, steep-sided country lane, tarmacked sometime in the 20th Century, and still allowing traffic today.

I will be a Pilgrim can be purchased from Amazon or as a digital download from iTunes from May 19, 2014

If you would like to send us a message please use the form below.